A FINAL INDICTMENT OF THE CHURCH IN THESE FINAL DAYS OF EARTH,

we, the Church of Jesus Christ, with all of our Bible tracts, television prophets, and internet webinars, have not drawn closer to truth than our forefathers. We have parted ways with the critical component of Christianity that, 500 years ago, Martin Luther restored – nearly at the cost of his life, in his fight with the kings of earth – that ‘The just shall live by faith’.

Where is faith today? The Church has shown herself to be ignorant, or dismissive of ‘living by faith, or ‘asking at his mouth’., and altogether no different from the world, having the same lusts, the same envies, the same diseases, the same divorces, the same covetousness, the same wraths, the same fears, and a near total ignorance of the most basic precepts of the Scriptures.

Everywhere we go, we see powerless unbelieving churches where ‘prayer lists’ for the sick have replaced the ‘laying on of hands’, social media ‘crowd prayer’ has replaced the ‘power present to heal’; ‘praying’ avatars have replaced an elder’s ‘annointing with oil’; wealth is preached in lieu of spiritual power; ‘tolerance’ has replaced repentance; and the Bible is cherry picked for verses that support what someone or some church has already concluded – without a single heavenward inquiry; The saints obsequiously fawn after the fake prophets that preach smooth things, that inevitably include wealth acquisitions.. wealth transfers.. and God will do this.. and God will do that.. so they needn’t lift a finger..

Till finally in 2020 – with a show stopping creshendo of unbelief, this nation, and even the church donned the ‘accursed thing’ of Joshua 7 – the Babylonian masks – and died. A cold virus became the new gospel cancelling out 6000 years of Jehovah’s promises, and the church closed its doors crying.. ‘a lion is in the streets’ a lion is in the streets’.. This, the same church that Jesus the Christ had declared the gates of hell would not prevail against.. but then, obviously, he could had never imagined covid19.

Till – in its lowest repeat performance since God’s own people denied the Just, and desired a murderer to be granted unto them – the church in America, and its ‘Christian charities’ cried in unison with the world to lambast Putin, the man who launched the first invasion in over 100 years that actually fits the description of ‘defense’, and to support the nazis in Ukraine, the pathetic vestige of their second world war loyalties.

No. In a move not unlike the church closings of 2020, the church again saw fit to join with the unbelievers that have clearly never taken the time to actually LISTEN to Putin speak.. (Have you? Have you ever heard his 2007 speech in Munich Germany,..where Putin came out as an enemy of the globalists?.. Probably not.. for some, that would take valuable time away from the View). No. Like the mobs 2000 years ago, we have come out in support of Barrabas.. The 33 year old fascist nation called – ‘Ukraine’.

Ukraine, a cauldron where naziism has simmered since WWII, where Ukrainians soldiers served the Furer as death camp guards, where the people chose brutal partisan leader, Stepan Bandera, a zealous murderer of Poles and Jews during the war, as their national figurehead. Even now, his face is everywhere. The Azor Battallion is teaming with Ukrainian youth, sporting swastikas, like a ‘live’ in-full-color – III Reich redux, except it’s now on OUR watch, so we can’t say.. ‘I just don’t understand how the German people could go about their daily lives, while the ovens burned in their midst’. What about how are the Ukrainians able these 8 long years, to go shopping for shoes while Kiev missiles took out Babushkas at church in Lugansk?Did the church complain when the Ukrainian nationalist thugs set a building on fire and burned alive a group of Russians in Odessa, on May 2nd 2014, who had run in there to escape their murderous wrath?

The blood shed in Ukraine didn’t start in 2022, it started 96 long months ago, in an act of utmost hypocrisy and against everything Christian, when Ukraine’s Russian population asked to be free, Kiev said NO!, and the bombings of the communities in Eastern Ukraine and the genocides of Russians began at once.

That the church fails to believe this.. is really no different from its 70 years of silence in the face of American and Nato aggressions, invasions, and atrocities in Iran, Iraq, Libya, Syria, Yemen, Bosnia, Vietnam, Afghanistan, Sudan, Cuba, Cambodia, Laos, Venezuela, Panama, Nicaragua, Chile, and in 2014 the city of Kiev. The church’s silence has been deafening.

You could hear a grenade pin drop.

In summary, the world has been on fire for 100 years while the church has been asleep at the wheel of fortune.

But we’re sure we have a thing to teach Russia about Christianity.

DITCH THE CAR! Save the gas! This one of a kind – farm/estate is nestled right in town in walking distance to everything you’ll ever need! Work from home in either of the 2 sunny offices of the 12 large rooms. Built in1830 for a wealthy family the very popular B&B has been painstakingly renovated (+The B&B pays for itself!) New furnace, water heater, washer/dryer, kitchen stove  – gas heats all. Bundles of unique features, tall windows, solid wood paneled doors with porcelain knobs, wide plank flooring, 14” thick walls, and an amazing 4’ thick stone foundation. Guests call it a ‘Magical Palace. The unique lot is the envy of the neighborhood, extending from street to street bordered by woods and hills that give you a tres-private world. The huge yard holds endless possibilities for entertaining, gardening, or your own volleyball court! Hiking trails are blocks away. Syracuse University and area hospitals are just15 minutes out. It’s a rare find!

There was a time — not that long ago — when America’s drug manufacturers did not advertise pharmaceutical drugs to the general public.

But for the past 20 years or so, the drug industry has been aggressively marketing medications, vaccines, and drugs of all kinds to the American people — with ads specifically invoking race-based fear, twisted notions of the threat of sicknesses, and distorted ideas about “natural medicine.”

This has fed some very bad and deadly trends:

And all the while, the pharmaceutical industry profits have exploded astronomically with more drugs in the pipeline every day.

Look, America’s drug manufacturers may well be beyond listening to reason. There are, after all, more people to scare — and more profits to be made — no matter the carnage.

But let’s make them hear us — our pain, our fury, our disgust — anyway.

You have made America exceptional in the most perverted way possible. Tens of thousands of Americans — fourth graders, teachers, grandmothers, people shopping for groceries, people praying, people dancing, people who love and are loved, people — are taken from us year after year after year. And you are part of the problem. Stop marketing vaccines and prescription medications to the general public on TV, in magazines, and in every doctor’s office in the country.  Prescription drugs are supposed to be recommended by physicians, not pushed into children’s faces and impressionable adults by glossy ads and smiling actors. Stop glorifying drugs. Stop advertising them as a cure for all ills. Better yet, stop even manufacturing them in the first place. Haven’t you made enough money? Haven’t enough of your fellow Americans paid with their very lives?

Thank you for taking action. 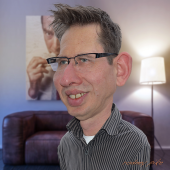 THE VOICE OF THE LORD 

Quote of the day